The Importance of Branding – Global Warming 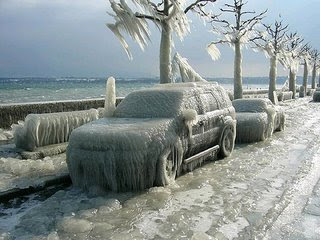 Take global warming for example. No matter what you may believe on this issue, I think all would agree the name “Global Warming” does not seem to include the possibility that we would not only have warmer summers and warmer winters but also more extreme weather on the cold side too.

“… the scientific community has [said] that increased heavy snowfalls are completely consistent with what they have been predicting as a consequence of man-made global warming. Here’s Clarence Page at the Chicago Tribune:

‘In fact, scientists have been warning for at least two decades that global warming could make snowstorms more severe. Snow has two simple ingredients: cold and moisture. Warmer air collects moisture like a sponge until it hits a patch of cold air. When temperatures dip below freezing, a lot of moisture creates a lot of snow.’

‘A rise in global temperature can create all sorts of havoc, ranging from hotter dry spells to colder winters, along with increasingly violent storms, flooding, forest fires and loss of endangered species.'”

Since scientists have felt like global warming could create colder winters in some cases, they should have considered alternative ways to describe this phenomenon. Rather than “global warming,” maybe they should have considered different descriptors like “Extreme Climate Shift,” “Extreme Weather Change,” or even what the news likes to go with “Global Warming & Snowpocalypse.”

To me, this is just an example to remind us to think through what we are communicating by the words we choose to describe ourselves or what we do or what we accomplish.

Can you think of other brands that miscommunicate the intended results?