Forgiving the Devil in the Pew 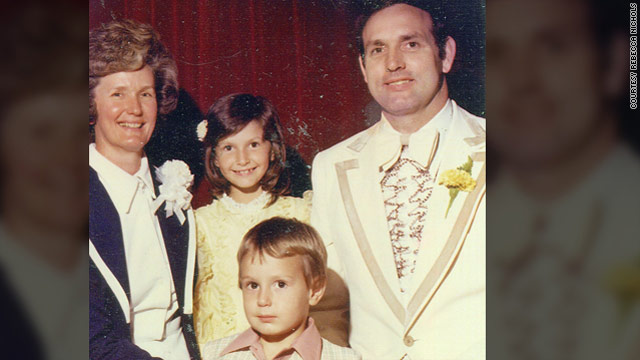 This past week, CNN.com featured a four-part story which came out over the course of four days which created even more intrigue and suspense than a normal retelling of the story might have done.

The article by Wayne Drash shares a story that seems too horrific to be true….

The pastor’s stand against Watts unleashed all sorts of evil – false accusations of infidelity, the church and parsonage being bombed multiple times over the next five years, and eventually another man who seemed to have been manipulated by Watts shot the pastor and his wife in front of their children. The pastor’s wife tragically died that night. The pastor suffered injuries but never fully recovered emotionally. He died 7 years later.

Horry Watts ended up spending only one year in prison. The gunman spent 21 years in prison.

After all of this, the most amazing part of the story was the ability of the children to forgive Horry Watts and forgive the man who shot their parents.

One day, Horry Watts called Rebecca who was 17 years old at the time.

“Ten years had passed since Rebecca watched the gunman enter the parsonage. Now, she listened to the man who had ridiculed her father. She wondered why he wasn’t still in prison. He had orchestrated a terror campaign against her family. Her heart sank to her toes.

As these thoughts raced through Rebecca’s mind, Watts told her he’d found God in prison. He begged for forgiveness.

‘Mr. Watts,’ Rebecca said, ‘we forgave you a long time ago.’

…After the shooting, Rebecca moved away from all that was dear — her church, her friends, her school. Her father never fully recovered physically or emotionally. He died seven years after the shooting. Rebecca was 14; her brother Daniel, 9.

They could so easily have been ruined.

Yet Rebecca found strength, in her faith, in her family that remained and in the love instilled by her parents.

‘I wasn’t going to throw the rest of my life away for anger and bitterness,’ she told me.

‘Just because my parents’ lives were over, didn’t mean that mine was, too.’

‘If I had not forgiven, I would be crazy in an institution somewhere. My parents had planted the seeds of forgiveness in me as a little girl: Pray for those who persecute you and bless those who curse you. Sometimes, when people forgive, they feel like they’re saying what that person did was OK. That’s not what it’s doing. When you forgive, you’re letting go of the pain and giving it to God.'”

Rebecca Nichols Alonzo writes about their ordeal in her book: The Devil in Pew Number Seven.