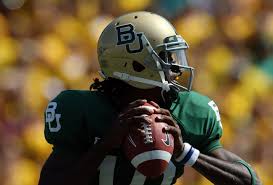 Baylor has never been this close to a Heisman, and we haven’t been this good as a football team in decades!

Art Briles and the entire team should be proud of a fantastic season. The icing on the cake would be our first ever Heisman win.

He owns or shares 42 Baylor records, including career passing yards, touchdowns and completion percentage. And while he’s developed into an elite passer, he’s still got that speed when needed; he’s also in Baylor’s top 10 in career rushing yards and touchdowns.”

Some have even claimed he is the fastest quarterback in college football history!

2. Raising the level of an entire program.

Academically, RG3 graduated with his undergraduate degree in 3 years and graduates with his masters degree in May. He was in the top ten of his high school graduating class. Off the field, he has impressed those who have had the chance to meet him as well. Finally, he seemed to raise his level whenever the spotlight was on him even brighter. He seemed to thrive under pressure.

Honestly, this has been the best season I’ve ever witnessed of Baylor football. Hoping RG3 wins the Heisman tonight to cap off a great season! 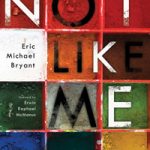 Not Like Me: A Discounted OfferDiversity, Featured Articles, Outreach