Ben Sledge serves as our college pastor at Gateway Church in Austin and part of the teaching team for our Central Series. Recently, he began writing for Heart Support. Here is an excerpt:

“Did you ever kill anyone?”

10 minutes ago I was greeted by screaming friends and family that looked eerily similar to an episode of Extreme Makeover: Home Edition minus the tanned guy with perfectly groomed hair and highlights.

Back to the question:

“So did you ever kill anyone?”

To be honest, I had done a lot in 11 years in the military. I had kicked in doors in Afghanistan and raided homes. My base got mortared 67 times in 9 months. I had been in numerous ambushes and firefights. At one point, I had a bounty on my head for $20,000 courtesy of the Taliban. In response, I grew a beard, wore civilian clothes and carried a rifle. You probably know the picture….the guy with the baseball cap on, a thick beard and an Afghan scarf looking like he stepped out of the Medal of Honor video game? Yup, I looked like him. Eventually my luck ran out and I got wounded pretty badly one month before returning home. Pieces of shrapnel in my back, a shattered wrist, and a concussion, but I came to expect that working in the United States Special Operations Command.

And people would always ask at really inappropriate times.

And I still hate the question…

It’s like someone sticking a microphone in my face and saying “Quick!  Tell me how you felt after your girlfriend/fiancée/wife left you?” It’s not the question that bothers me so much as the emotion that goes along with it. How, exactly, am I supposed to feel? More importantly, how is the average male supposed to act when asked?

Suck it up. Show no emotion. Don’t cry……crying is for girls. You’re a machine. An elite killer. Breathe. Don’t jerk the trigger. Just the slightest pull because you’re a…….

Somewhere in our culture it’s getting drilled into young men’s minds that going to war and taking a life makes you more of a man. It’s macho. Sexy. Guys want to be you and girls want to be with you.

Which brings me to my basic introduction of manhood in the 21st century:

1.  Fast cars, abs, benching  = chicks.  Painting, the arts, and dance are for men with feminine qualities.
2.  Sports are more important than academics because it makes you cool.  No one likes nerds.  Nerds have calculators. And goldfish. No girlfriends.
3.  Objectify women. Turn them into sex kittens to fulfill your fantasies and when they don’t meet that standard, break up with them.
4.  A quick addition to #3.  Date eight women at a time so you can keep your options open.  Why tie yourself down? Don’t date their friends though. Drama.
5. It’s all about you, and if it isn’t, that’s societies fault. Buy more. Consume more. Be happy and in love only with YOU.

That last one, Number 5? It’s a common term known as narcissism, and the problem with masculinity today is that we are breathing narcissistic death into our young men with every word, TV show, advertisement, lyric….you name it. And we’re in this really weird situation where we expect men to behave like King Arthur and the Knights of the Round, but instead of getting Lancelot, we celebrate manhood in a whole different way that encourages narcissism rather than destroying it and buy into the lie that it’ll make us happy.

Let me be very transparent for a moment and tell you how I bought into the lie.

I can’t tell you how many women I’ve slept with because I got freaked out by the number one day and stopped counting, but all my friends told me the more women I was with, the more awesome I was and I believed them. I got hooked on pornography for a solid 10 years and got into some pretty shady fetishes and even now that I’m married I have to keep software on my computer that sends a report to my wife of every website I visit. I was a total jerk to women and would laugh at them when they told me about their “feelings” and how I had “used them.” I cared about no one but me and only how I could get ahead in life. My life was about me. It was everything I had seen on TV, everything my friends had told me.

I was an American male’s dream. I was supposed to be happy, right? RIGHT?

So if we’re living these lives of so-called masculinity, having all the sex we want, treating women however we want, making it all about us then why does the average male feel so empty and alone?

It’s because that’s NOT what makes you a man or will ever fulfill you as a man.

Selflessness, self-sacrifice, passion and zeal to protect God’s daughters, creativity, ingenuity, integrity, brutal honesty, compassion, these are some of the marks of manhood, but it seems no one really wants to teach that. Sure, we can all name movies with some of those traits, but look at everything else were being taught through movies, TV shows, and commercials. Selflessness? Nope, narcissism. And for the life of me I’ve never heard someone walk into the Sistine Chapel and describe Michelangelo’s masterpiece as “something made by a  pansy,” yet somehow some of the traits I just listed off would get labeled as such….”

You can read the entire article here. 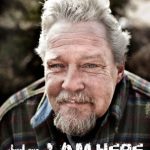