Has Listening to Church Attenders Led to the Decline of the Church? (re-post)

In my lifetime, I have been involved in some really traditional and really innovative expressions of the local church.  The main difference between the two tended to be the area of focus.  Traditional churches focused on those who were coming.  More innovative churches tend to focus on who hasn’t yet come.

For example, as a church leader in a church plant in Seattle, I began to realize I was so desperate for people to show up that I allowed our vision to be hijacked by people who had left other churches to come to ours. I ended up compromising our vision for a church that reaches out to focusing on the needs of the ones who were coming.

Learning from Gary Irby (church planting strategist for Seattle) and then later Erwin McManus (lead pastor at Mosaic), I came to realize my mistake. As church leaders, we need to make decisions based on who is not here yet rather than on who has been here the longest. 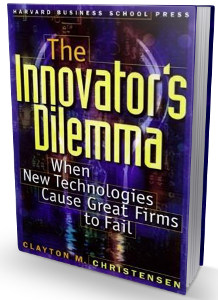 This principle is true in business as well.  According to Clayton Christensen, Harvard Business Professor, Author, & Innovation Expert:  “The Innovator’s Dilemma is about the failure of companies to stay atop their industries when they confront certain types of market and technological change. It’s not about the failure of simply any company, but of good companies…

It is about well-managed companies that have their competitive antennae up, listen astutely to their customers, invest aggressively in new technologies and yet still lose market dominance.”

So then, what is the solution?

According to Christensen we need to be willing to innovate to reach a new audience.  If not, our current audience will get older and pass away.  Ironically, they will also go to a new company willing to meet their needs better than we are.

I realize that the business world isn’t synonymous to ministry, but too often churchgoers do make decisions as if they are consumers rather than ministers.  For those of us who are church leaders, we have to make sure we avoid that same consumeristic trap.

For more notes on The Innovator’s Dilemma,  send me an email at eric.bryant@gatewaychurch.com with “Innovator’s Dilemma Notes” in the subject.  I will also include you in future email newsletters which include free resources. 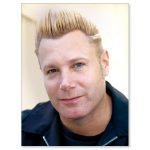