Thoughts from Gabe Lyons on the End of Christian America

At Engage at East Texas Baptist University, Gabe Lyons spoke about a hopeful future for those who follow Jesus.

Gabe helped start Catalyst, founded Q: Ideas for the Common Good, co-wrote UnChristian: What a New Generation Really Thinks about Christianity … and Why It Matters, and wrote The Next Christians:The Good News About the End of Christian America.

(According to Gabe, a more accurate sub-title describing the book is the new one which is “Seven Ways You Can Live the Gospel and Restore the World.”)

Some conservatives were shocked by the re-election of President Obama and with the fact that same sex marriage has been approved on ballots in Maine and Maryland and recreational marijuana use was approved in Colorado and Washington. Rather than giving up or continuing to operate the same ways as we have for years (which has not been as effective), people of faith actually have a great opportunity to make a difference.

Here are some of Gabe’s thoughts:

1. We need to understand, live out, and share the whole story of God. Too often people of faith have forgetten Genesis 1-2 and Revelation 21-22. We live out the Gospel as if it was only about the fall and redemption leaving out the creation and restoration. 2. Engage culture as a Restorer rather than as a Separatist (hiding from culture and society) or just a Cultural Christian (where faith does not make a difference in how a person lives but it becomes more like a civic duty). We need to partner with God to reconcile all things to Him (2 Cor. 5:17-19). Good works and evangelism are perfect dance partners!

3. Every person who follows Jesus should be provoked by the brokenness in our lives and in the world (rather than offended) and become creators of good (rather than critics) because we are called by God to make a difference with our community in our world. Restorers approach culture differently by connecting with the world in a way to attract them to the “sensibility and authenticity of the Christian life.” For more, check out The Next Christians.

“Synthesizing a never–before–heard analysis of the dynamics underway, Gabe Lyons carefully articulates what he has learned from years of interviews, research and focus group conversations about this next iteration of cultural engagement. Although set in a postmodern, pluralistic, post-Christian culture, Gabe is optimistic as he shares a few of the marks of a new generation of Christians which is turning the unChristian perception problem on its head.” 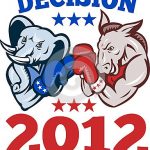