The Night I Was on TV

At the last minute in the summer of 2009, I received an invitation to be part of a television show on TBN. As someone who hasn’t watched TBN, the whole experience was quite surreal. We may differ in style and philosophy, but I found the people I met to be quite kind. Meeting the filmmakers Matt and Laurie Crouch, spending time with John Maxwell, talking about my book, Mosaic, and being on mission plus just being on television in general were all part of an experience I won’t forget.

I am on at the beginning and at the 1 hour and 15 minute mark. I think being on TV made me 20 pounds heavier and far more tan than I am now. 🙂 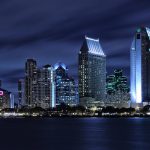