An Angry or Loving God? 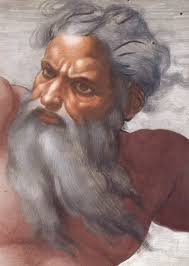 It is true that God is going to make all things right.

One day, there will be justice, but God’s loving character has never changed.

A God Who Loves All

Throughout the Scriptures that Jesus studied (the Old Testament), a phrase is used 9 times to describe God’s character:

“The Lord is compassionate and gracious, slow to anger, abounding in love.” – Psalm 103:8

God’s heart for all nations was evident from the beginning and can be seen through the history of the people of Israel as depicted in the Old Testament.

In Genesis 12, God chose Abraham and blessed him so that he would be a blessing to all nations. Abraham’s family came to be known as the people of Israel. They were a peculiar people with laws and standards like no other people in the ancient world. They were called to be holy just as they followed their holy God. At times they brought justice as they followed their just God.

In an uncivilized world where every tribe had a god and the god was seen as only as strong as the armies representing them – the people of Israel eventually were the most powerful tribe/nation on the planet. People would come to Israel to worship the God of Israel. They would come to see the Temple where God lived.

So much changed with Jesus.

God’s strategy for reaching humanity changed, but His character has never changed.

Jesus lived a perfect and holy life (unlike anyone before him or anyone since) only to be arrested and tried by the religious and political leaders who felt threatened by Him. As a result, He was crucified on a cross. The religious and political leaders thought they had ended Jesus’ influence, but they were unaware of the bigger picture. In dying on the cross, Jesus was taking on the sins and wickedness of humanity so that we might be able to share in His holiness. We can now enter into the presence of a holy and majestic and perfect God because when we surrender our lives to Christ, His death counts for us.

After Jesus rose from the dead and ascended into heaven, the Temple was destroyed as he predicted. God no longer lived in a place, He lives within the people who have surrendered themselves to Him. We know longer needed to make sacrifices for forgiveness because Jesus was the ultimate sacrifice. We no longer needed a priest to speak on our behalf to God, those who follow Jesus are now priests in this new Kingdom able to access God directly.

A God Who Rescues

Before Jesus, the people were saved by trusting in the God who would come to rescue them. The Law (600+ laws of the Hebrew Scriptures) reminded us that we cannot live a perfect life and need God to rescue us.

After Jesus, we are saved by trusting in the God who came to rescue us and will come again. Jesus summarized the laws with this statement: “Love God with all your heart, soul, mind, and strength. And love your neighbor as yourself.” Even this cannot be done without God’s help!

For more, check out the following: