Imagine Heaven: Evidence of the Afterlife by John Burke 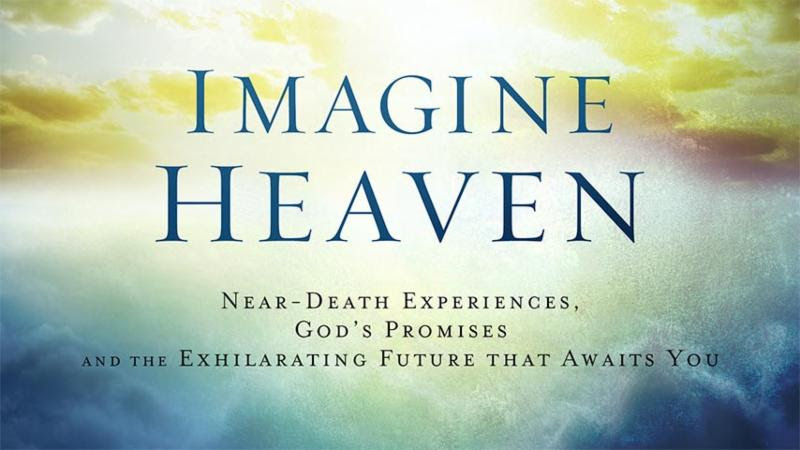 Based on the book by John Burke, we have begun a series called Imagine Heaven at Gateway Church in Austin!

Work through the Next Steps for this message with your family or in a small group.

READ THE NOTES FROM THE MESSAGE HERE:

At the same time, we have more evidence of a life after life due to advancements in medicine. As a result, 1 in 25 people have had a near death experience (NDE).

Let me say, I’m skeptical of any one NDE story. Some say bizarre things. Each is interpreting something hard to describe. It’s dangerous to take a few stories to form your view of the Afterlife. I tried to look at the common elements across 1000s of stories and show how they line up with the Scriptures.

When you start to imagine heaven,
it changes how you live today for the better.

Here are some of the details from the Scriptures we discover about the afterlife:

When you die, you leave this body behind, but you are still you in a new spiritual body.

Dr. Jeff Long has collected and scientifically studied thousands of NDE accounts from around the world. He concludes:

“By studying thousands of detailed accounts of NDErs, I found the evidence that led to this astounding conclusion: NDEs provide such powerful scientific evidence that it is reasonable to accept the existence of an afterlife.” – Dr. Jeff Long

Science tells us single skin cell of your physical body dies and gets replaced every 2 weeks. You’re not the same physical body this month you were last month so whatever “you” are is not just physical.

That’s what the Bible has told us for 1000s of years. The apostle Paul, was a Jewish Pharisee who was killing Christians for claiming Jesus was the Messiah until on the Damascus road he encountered a Man of Blinding Light. He realized Jesus was who he claimed. Seeing is NOT believing. Paul still had to decide if he would follow Jesus, which is true of NDE people. They still have a choice.

Paul goes on to start churches across the Roman empire, and in Acts 14 it appears Paul may have had a near-death experience when he got stoned [to death].

They stoned Paul and dragged him out of town, thinking he was dead. 20 But as the believers gathered around him, he got up and went back into the town. – Acts 14:19-20

Listen to what Paul later says:

I was caught up to the third heaven fourteen years ago. Whether I was in my body or out of my body, I don’t know—only God knows…But I do know that I was caught up to paradise and heard things so astounding that they cannot be expressed in words, things no human is allowed to tell. – 2 Corinthians 12:2-4

Paul later explains when we die, we get new bodies – an upgrade, version 2.0.

We will be ourselves. In fact, you’ll be more yourself than ever.

More Alive than Ever

People consistently say they felt more alive than ever. When most people imagine Heaven, I find they imagine something less real, less tangible, kind of fuzzy, ethereal, cloudy, boring.

The truth is, this life gets boring and frustrating it’s not what we were created for. It’s the shadow of the real life to come.

They serve in a system of worship that is only a copy, a shadow of the real one in heaven. – Hebrews 8:5

What’s amazing there have been blind people who describe light coming out of things rather than shining on things after their Near Death Experience. This is what the Bible teaches.

Jesus said “I am the Light of the world.”

John sees in Heaven the city has no need of sun or moon, for the glory of God illuminates the city, and the Lamb [Jesus] is its light. The nations will walk in its light. – Revelation 21:23-24

In the Old Testament, an angel told the prophet Daniel:

[The dead] will rise up, some to everlasting life and some to shame and everlasting disgrace…and those who lead many to righteousness will shine like the stars forever. – Daniel 12:2-3

Harvard Neursurgeon Eben Alexander believed when the brain shut down, consciousness ended. One day tragically, his brain crashed, and he had an experience of a horrible place and also a place of untold beauty. He said, “In the worlds above this one, time simply doesn’t behave as it does here…. A moment can seem like a lifetime, and one or several lifetimes can seem like a moment.”

This is exactly what the Bible says:

Heaven Is Meant For Relationship.

Those who get a glimpse of Heaven agree on one thing more than anything: love is the point of it all. To love God and love people is what the prophets and Jesus taught sums up the Bible. If love and relationship is the goal of life on earth, why would we think God wants to tear that apart or take relationship from us in Heaven?

Nothing could be further from the truth.

“Use your worldly resources to benefit others and make friends. Then, when your earthly possessions are gone, they will welcome you to an eternal home.” – Luke 16:9.

God intended relationships to last and to go to new depths with each other in Heaven. He created us for relationship – first with Himself.

A Being of Light and a Life Review

What’s amazing is how people around the globe, young and old, consistently describe this Being of Light who they know to be God followed by a life review. This Man of Light showed unconditional love and knowing everything: every thought, every motive, every deed.

This is just exactly what we should expect. “God is love” said the Apostle John.

Jesus claimed to demonstrate the love of God is for all humanity—to enter our suffering and pay for our wrongs. Jesus also said:

Therefore judge nothing before the appointed time; wait until the Lord comes. He will bring to light what is hidden in darkness and will expose the motives of the heart. At that time each will receive their praise from God. – 1 Corinthians 4:5

We will look more at what this Life review means in weeks to come, but one thing to note: God wants to reward us. God wants it to be a time of great celebration and reward for a life lived in loving faithfulness to Him and our fellow man. It’s not too late for any of us. That’s what’s amazing, as we’ll see. God is the God of compassion, mercy and grace. He’s the God of the second chance, and no one loves you more!