Thriving in Babylon by Larry Osbourne

In his book Thriving in Babylon: Why Hope, Humility, and Wisdom Matter in a Godless Culture, pastor Larry Osborne makes a compelling case for trusting God in the midst of tremendous cultural change.

He begins with Daniel’s story where he shares the context for the challenges faced by the Babylonian exiles – including the very real possibility that Daniel was forced to study the occultic practices of his captors and was even castrated.

In a chapter called “Tough Love Starts At Home: Why God Sometimes Lets the Bad Guys Win,” Osborne shares how “God’s discipline always begins with those he calls his own. It was true of Israel and it’s true of Christians today…. If it takes letting the ‘bad guys’ win to bring us to our knees, he’ll let the ‘bad guys’ win.”

In a chapter called “Why Good Intentions, Morality, and Fast Starts Can’t Be Trusted: Counterfeit Faith’s Most Convincing Traits,” Osborne writes “In order to survive and thrive in our modern-day Babylon, we’ll need… a genuine and life-changing relationship with Jesus, one that produces a harvest of righteousness.”

Osborne shares the 5 qualities that are essential for believers in a anti-Christian environment:

“We haven’t learned obedience until we do what he says despite our doubts, confusion, or concern that his way won’t work out…. And that kind of obedience doesn’t come naturally.”

Too often “We catastrophize. The loss of privilege becomes harsh persecution. Opposition becomes hatred. And every legal or electoral setback becomes cause for anguish or despair. In short, we evaluate and extrapolate without putting God into the equation.”

“No matter what you’re going through at the moment, God hasn’t forgotten you. He has a master plan. He may well be preparing you for a place called Babylon. And if he is, it’s not so that you can survive. It’s so that you can thrive.”

Osborne defined biblical hope as “a deep-seated confidence in God’s character and sovereignty. For Daniel, it was this kind of hope that “was the lens through which he evaluated circumstances, made decisions, and determined his actions.” All of us can grow to have this kind of hope “when we obey the light we have [and as we do] God will not only show up, but he’ll give us more light.”

Osborne reminds us that “if our sins are forgiven and our destiny assured, if we are joint heirs with Jesus and certain he’s coming back to set all wrongs right, then despair and panic over the latest court decision, or even the steady erosion of morality in our culture, hardly seem appropriate responses.”

Even still, we undermine hope by giving into conspiracy theories, catastrophizing, myopia, and amnesia. Too often we allow fear to have more weight in our lives than faith.

Instead we need to earn credibility with humility.

He writes: “At its core, biblical humility is simply serving others by putting their needs and interests above our own…. Instead of avoiding or attacking the godless leaders of our day, we’ll need to begin to engage them in the same way Daniel did, humbly serving whomever God chooses to temporarily place into positions of authority.”

Finally, after referencing Jeremiah’s encouragement to “seek the peace and prosperity of the city” of their exile, Osborne writes: “In order to bring fame and honor to the name of Jesus, we must bloom where we’re planted. We’re not here by accident. God has not only numbered our days, but he’s also preordained when and where we spend them.”

For more on this idea, see my post called “Contentment In Exile and When Rebuilding.”

Also, check out Revelation from The Bible Project. 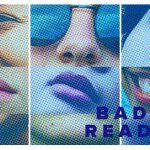 Bad Lip Reading: God Will Never Give You More Than You Can HandleGateway Austin, Grow