At Gateway Church in Austin, we are continuing our series, Smarter, Faster, Stronger, Wiser.

Everyone wants to get smarter, faster, and stronger when a new year rolls around, but those goals can come and go. What if we actually set as a new year’s resolution to become wiser? God’s wisdom found in the Proverbs affects every area of our lives and doesn’t just make us a little better in the short run. Are you looking to God to help you get wiser and to right-order your life this year?

HERE IS THE AUDIO FROM THE MESSAGE I SHARED:

HERE ARE NOTES FROM THE MESSAGE BY JUSTIN MCCARTY:

In our new year series, we are looking at the way the world pushes us to be smarter, faster, and stronger. Those can certainly be good for us, but we are invited to do so in a wiser way, a way that will last, God’s way.

Here’s the catch: the path towards being stronger is the opposite journey according to the world from what the Scriptures tell us.

Rather than being loud, the path towards genuine strength is learning to listen.

Rather than gaining more power by knocking people down, genuine strength comes from serving others and lifting them up.

Rather than being arrogant, the path towards genuine strength requires humility.

Think about it, deep down we know this even though it is so counter cultural:

Have you ever noticed how satisfying it is when pride catches up with a proud person? I don’t mean you love watching someone suffer, but that feeling when you personally witness justice come on someone who has been arrogant and prideful?  It’s that feeling you get when you pass the car that’s been speeding past everyone on the highway but now they’re pulled over with blue lights behind them? It’s that feeling when Marty McFly’s dad, George, finally knocks out Biff with that one glorious punch in Back to the Future.

“Pride goes before destruction, and a haughty spirit before a fall.” Proverbs 16:18. It’s no fun to watch someone be destroyed, but we instinctively know that being prideful/arrogant is a bad thing; humility not only wears better on people, but in the end, it’s a wiser way to live. Well, that’s a great lesson for all for the prideful people out there, isn’t it? Problem is — we don’t often see it when we’re the proud ones. “I wasn’t speeding, I was driving tactfully.” “All I’m saying is that I had that idea first, long before my boss suddenly was seized by inspiration.” We don’t think of it as overestimating ourselves, it’s simply reality. It’s been said, “Actually, reality is what you run into when you’re wrong.”

We all like to think of ourselves one way, but reality is here to remind you, your ego is often bigger than you think. We live in a time and place where people’s pride is catching up with them. They march along, looking strong and invincible, but then suddenly something gets sheared off the top of their lives. It’s not just our politicians, athletes, celebrities; it’s our neighbors, our co-workers, our family members. At one point they appeared to be so strong. Pride is a choice that puts you on the path to appearing bigger and stronger than everyone else — until you eventually run into reality. The reason Proverbs rails on pride is that it doesn’t grant true, enduring strength; it doesn’t hold your life steady, it doesn’t bring the best out of you and everyone around you; it doesn’t lead to thriving. Proverbs says, Wisdom does all those things, and humility is key to accessing the true strength of wisdom.

Counterintuitive isn’t it? But God chose what is foolish in the world to shame the wise; God chose what is weak in the world to shame the strong. 1 Corinthians 1:27  Humility is starting at what our world calls weakness — it’s admitting flaws, imperfections, vulnerabilities — and beginning from there. We all like the idea of being humble, but no one likes being humbled. How do you get from valuing humility, to actually becoming humble, and then on to that wisdom Proverbs talks about? Rather than crash into reality, you can choose to practice humility – you can cultivate that choice.

Think of the choice to be humble like a seed. A seed is the perfect picture of weakness. It seems so small, defenseless, helpless — but inside, there’s so much waiting to realized. But the seed has to die first. We have to take it and give it a burial. It goes from small to seemingly forgotten. Jesus described this as a metaphor for the spiritual life, especially when it comes to humility. Very truly, I tell you, unless a grain of wheat falls into the earth and dies, it remains just a single grain; but if it dies, it bears much fruit. Those who love their life lose it, and those who hate their life in this world will keep it for eternal life. John 12:24 Dying to self is the path into real life. Weakness is the path toward strength. One of Jesus’ brothers and disciples, James, put the choice succinctly: Humble yourselves before the Lord, and he will lift you up. James 4:17  Don’t make a practice of elevating yourself up, leave that to God. Humble yourself — don’t wait to crash into something. From that humility, God will bring something strong and true to life in you.

But a choice to be humble is just a choice — it is a seed in the ground. How do you practice the humility we all say we value? How do we cultivate that choice? A seed buried in the ground needs one thing above all others – water. Watering a seed causes it to grow. Among many things that can cause humility to grow in our lives, the book of Proverbs continually routes you back to a keystone habit, a foundational practice: Listening. Even fools who keep silent are considered wise; when they close their lips, they are deemed intelligent. Proverbs 17:28. Just shutting up tends to make you look smarter. Imagine if you actually paid attention to what was being said! Just like steady, consistent watering makes a seed grow. The steady, consistent practice of listening makes humility grow into something new.

Here are 3 ways listening grows humility into something truly strong in our lives:

You might be surprised how difficult it is to practice listening! Up for some practice? Try some of these over the next week:

This is not meant to be legalistically applied. It is easy to twist Proverbs, even Jesus’ teachings, into a legalism. Sometimes it is right to speak and speak up loudly. This isn’t a rule to follow; it’s a practice to develop humility — to water the seed. It’s an inner practice that’s meant to be applied thoughtfully, not rigidly. These practices are meant to create the space to listen. Others of you, you may not need these lessons at all because you hide behind silence; you’re afraid to be heard because of what others might say or do, and that too is pride — it’s just self-focus. You might need to risk yourself a little more and speak up. Wisdom isn’t about hard and fast rules; it’s about an approach that generally leads to the best outcomes.

From a seed so small, emerges something as massive as a sequoia tree. They tower above the forests, their thick trunks protect them against wildfires, their roots grow deep and hold them steady and strong – some for thousands of years. As we choose a lifestyle of humility, the accumulation of knowledge combined with the selflessness of listening, creates wise character in us. We become trustworthy people because our words are laced with wisdom and our actions lead us down the right paths; our lives thrive, there’s a substance and thickness to our lives. In fact, this wisdom brings with it something else: A person’s pride will bring humiliation, but one who is lowly in spirit will obtain honor. Proverbs 29:23 The honor that pride seeks to earn is freely given to those who are humble. James’ words prove true — humble yourself before the Lord and He will lift you up! Wisdom turns out to be true strength, and yet, it emerges from such weakness by our world’s standards.

Where are you in this process?

Are you careening down a path that will result in a crash? The strongest among us have missed it… never saw it coming because they never made the choice to pursue humility. Is that a choice you need to make today? You could humble yourself and let God guide you down the path to wisdom.

Have you made that choice but never really watered that seed with an active, steady practice like listening? Do you need to readjust your speaking to listening ratio, and just spend more time with your ears open?

Or have you made both of those choices, you’re in simply in process? Somewhere between seed and sequoia? Don’t grow weary of the process. God is growing something good, something enduring, something strong in you, no matter how weak you may feel at times. 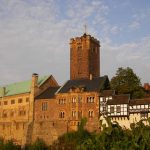 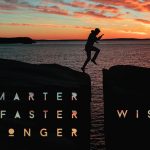