A God of Love and Justice

In the Scriptures, God reveals His name to Moses as “I am.” The One who was and is and is to come.”

Did you know God has a longer version of His name repeated 7 times throughout the Hebrew Scriptures?

You can listen to the messages we shared and/or read the notes for each of the following messages:

God Has A Name

God is Compassionate and Gracious

God is Slow to Anger, Loving, and Faithful

God Forgives But Does Not Leave the Guilty Unpunished

There is no distinction in the character of God as revealed in the Old Testament and in the New Testament.

Both God in the Old Testament and Jesus in the New Testament referred to themselves as “I AM!”

We need to look at the violence of the Old Testament through the lens of Jesus’ death on the cross and resurrection of the dead. All of Scripture reveals God’s self-sacrificial love and the peace we have with God and with each other.

5 Then the Lord came down in the cloud and stood there with him and proclaimed his name, the Lord. 6 And he passed in front of Moses, proclaiming, “The Lord, the Lord, the compassionate and gracious God, slow to anger, abounding in love and faithfulness,7 maintaining love to thousands, and forgiving wickedness, rebellion and sin. Yet he does not leave the guilty unpunished; he punishes the children and their children for the sin of the parents to the third and fourth generation.”
– Exodus 34:5-7

Even still with so many beautiful adjectives to describe our loving God, some of us get tripped up with the last phrase and cannot get past the fact that God “does not excuse the guilty.”

We can look throughout history to see people who have faced great injustice who offer compassion even as there are still consequences for the one who perpetrated the injustice.

And what better time than now, as our nation just celebrated Black History month, to acknowledge our gratitude for so many men and women of color… who’ve fought the evils of injustice and racism with the weapons is compassion, forgiveness, and grace… and in doing so, have modeled The Way of Jesus.

There is a difference between justice and retaliation, between taking action and retribution.

Maybe you don’t have time to read about these historical examples, then go see the new movie Black Panther.

We are called to justice and action not retaliation and retribution.

Billy Graham died recently. He’s the first religious leader ever and first civilian since Rosa Parks to lay in honor at the U.S. Capitol Rotunda. He spoke to over 200 million people about God’s love and forgiveness. He once said:

“Modern mankind does not like to think of God in terms of wrath, anger and judgment. He likes to make God according to his own ideas and give God the characteristics he wants Him to possess…so that he can make himself comfortable in his sins. This modern god has the attributes of love, mercy and forgiveness, but is without justice.”
—Billy Graham

“If God is not just, in reality, we wouldn’t want to follow Him.” – John Burke

If you read the Bible, God warns about his coming wrath. It confuses people. The day of the Lord, his judgement, when he finally brings justice—God says He forgives iniquity, rebellion, sin, but he doesn’t let guilt go unpunished forever. What’s God’s wrath about—how is that consistent with a loving, merciful, compassionate, grace-giving God? Completely!

God gets angry seeing evil actions spreading to hurt people He loves—just like a father who wants to protect his daughters. That’s the Wrath of God.

Wrath is defined as “the emotional response to perceived wrong and injustice,” Both humans and God express wrath. But there is vast difference between the wrath of God and the wrath of humans. God’s wrath is holy, always justified, and patient with our wrongs; ours is never holy and rarely justified.”  And God doesn’t seem to punish right away, except in a few instances as examples—but evildoers get away with it for decades, sometimes a lifetime.

Tim Mackie from The Bible Project explains it this way in the video “The Day of the Lord”:

“Jesus was going to let evil exhaust all of its power on him, using its only real weapon: death. Jesus knew that God’s love and life were even more powerful, that he could overcome evil by becoming the Passover lamb (the ultimate sacrifice for all of humanity, once and for all), giving his life in an act of love. Something changed that day. When Jesus defeated evil, he opened up a new way for anyone to escape from Babylon (the evil of this world) and discover this new kind of power, this new way of being human….

In the (book of) Revelation, the victorious Jesus is symbolized by a sacrificial bloody lamb… When Jesus does arrive in the end, riding his white horse to confront evil, he is bloody before the battle even starts…. Jesus is not out for our blood. Rather, he overcame with his blood when he died for his enemies. The sword in his mouth is a symbol of Jesus’s authority to define good and evil, and hold us accountable when he brings final justice once and for all.”
– Tim Mackie

Although sin being passed down from generation to generation sounds like an unfair punishment, in reality we are being warned that the decisions we make affect our children and our children’s children. This is not punitive but preventative – depending on how we respond. Often our punishment is the natural consequences of making bad decisions.

In addition, as we grow up we become aware of what we need to avoid as we watch the previous generations struggle right in front of us.

Some of us struggle to believe because of the families in which we were born, but have you ever considered: God loves you so much he put you in that family that you might find faith, and once you do, He wants to heal you so you can bring healing to all who are older than you and all who come after you?

“When we lost our innocence because sins pass generation to generation, we also chose to go our way—to do wrong knowing it wasn’t right. God is just—someone has to pay. If he made us all pay immediately, we’d all be separated from God forever. But God loves us like his own children.

Jesus paid for us. He was condemned in our place. Jesus experienced physical and spiritual death we owed—but he overcame the ultimate consequence–death, so that in Him, we can overcome it too.” 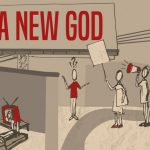 Get a New God :: Forgiving Sin with JusticeGateway Austin, Grow 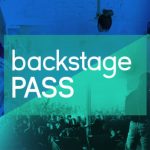