Session One – A Personal Relationship with God

Session Three – The Messiah and His Kingdom

Session Four – The Church in Action

Overview of the Hebrew Scriptures

The Bible shares the story of God’s pursuit of humanity. All are created in the image of God. In our freedom, we have made choices against God and His ways. Even still, when God chose a person (Abraham), He was choosing all people. When God blessed a nation (Israel), His intention was blessing all nations. His people were set apart in their behavior yet sent out into relationships. His people struggled to live out the commitments they made in their covenant relationship with God. God used Judges, Kings, Priests, and Prophets to help His people reconnect to Him, His purpose, and His ways.

God’s character is consistent. For example, God’s love is expressed in mercy and justice, grace and truth.

The specific stories are like case studies from which we can learn what to do and what not to do.

God’s Heart for All Peoples

I urge, then, first of all, that petitions, prayers, intercession and thanksgiving be made for all people—2 for kings and all those in authority, that we may live peaceful and quiet lives in all godliness and holiness. 3 This is good, and pleases God our Savior, 4 who wants all people to be saved and to come to a knowledge of the truth. 5 For there is one God and one mediator between God and mankind, the man Christ Jesus, 6 who gave himself as a ransom for all people.

8 But do not forget this one thing, dear friends: With the Lord a day is like a thousand years, and a thousand years are like a day. 9 The Lord is not slow in keeping his promise, as some understand slowness. Instead he is patient with you, not wanting anyone to perish, but everyone to come to repentance.

23 “Do I take any pleasure in the death of the wicked?” declares the Sovereign Lord. “Rather, am I not pleased when they turn from their ways and live?”

The Covenant with Israel

6 After Joshua had dismissed the Israelites, they went to take possession of the land, each to their own inheritance. 7 The people served the Lord throughout the lifetime of Joshua and of the elders who outlived him and who had seen all the great things the Lord had done for Israel.

10 After that whole generation had been gathered to their ancestors, another generation grew up who knew neither the Lord nor what he had done for Israel. 11 Then the Israelites did evil in the eyes of the Lord and served the Baals. 12 They forsook the Lord, the God of their ancestors, who had brought them out of Egypt. They followed and worshiped various gods of the peoples around them. They aroused the Lord’s anger… 14 In his anger against Israel the Lord gave them into the hands of raiders who plundered them….

16 Then the Lord raised up judges, who saved them out of the hands of these raiders. 17 Yet they would not listen to their judges but prostituted themselves to other gods and worshiped them. They quickly turned from the ways of their ancestors, who had been obedient to the Lord’s commands. 18 Whenever the Lord raised up a judge for them, he was with the judge and saved them out of the hands of their enemies as long as the judge lived; for the Lord relented because of their groaning under those who oppressed and afflicted them. 19 But when the judge died, the people returned to ways even more corrupt than those of their ancestors, following other gods and serving and worshiping them. They refused to give up their evil practices and stubborn ways.

20 Therefore the Lord was very angry with Israel and said, “Because this nation has violated the covenant I ordained for their ancestors and has not listened to me, 21 I will no longer drive out before them any of the nations Joshua left when he died. 22 I will use them to test Israel and see whether they will keep the way of the Lord and walk in it as their ancestors did.” 23 The Lord had allowed those nations to remain; he did not drive them out at once by giving them into the hands of Joshua.

When Samuel grew old, he appointed his sons as Israel’s leaders…. 3 But his sons did not follow his ways. They turned aside after dishonest gain and accepted bribes and perverted justice.

4 So all the elders of Israel gathered together and came to Samuel at Ramah. 5 They said to him, “You are old, and your sons do not follow your ways; now appoint a king to lead us, such as all the other nations have.”

6 But when they said, “Give us a king to lead us,” this displeased Samuel; so he prayed to the Lord.7 And the Lord told him: “Listen to all that the people are saying to you; it is not you they have rejected, but they have rejected me as their king. 8 As they have done from the day I brought them up out of Egypt until this day, forsaking me and serving other gods, so they are doing to you. 9 Now listen to them; but warn them solemnly and let them know what the king who will reign over them will claim as his rights.”

10 Samuel told all the words of the Lord to the people who were asking him for a king. 11 He said, “This is what the king who will reign over you will claim as his rights…. 18 When that day comes, you will cry out for relief from the king you have chosen, but the Lord will not answer you in that day.”

19 But the people refused to listen to Samuel. “No!” they said. “We want a king over us. 20 Then we will be like all the other nations, with a king to lead us and to go out before us and fight our battles.”

21 When Samuel heard all that the people said, he repeated it before the Lord. 22 The Lord answered, “Listen to them and give them a king.”

1 Blessed is the one who does not walk in step with the wicked or stand in the way that sinners take or sit in the company of mockers, 2 but whose delight is in the law of the Lord, and who meditates on his law day and night. 3 That person is like a tree planted by streams of water, which yields its fruit in season and whose leaf does not wither— whatever they do prospers…. 6 For the Lord watches over the way of the righteous, but the way of the wicked leads to destruction.

“The Psalms are prayers, poems, and hymns that help us learn to express ourselves to God and consider His ways.”

The proverbs of Solomon son of David, king of Israel: 2 for gaining wisdom and instruction for understanding words of insight; 3 for receiving instruction in prudent behavior doing what is right and just and fair; 4 for giving prudence to those who are simple, knowledge and discretion to the young — 5 let the wise listen and add to their learning and let the discerning get guidance – 6 for understanding proverbs and parables, the sayings and riddles of the wise. 7 The fear of the Lord is the beginning of knowledge, but fools despise wisdom and instruction.

“Proverbs are not legal guarantees from God but poetic guidelines for good behavior.”

33 “This is the covenant I will make with the people of Israel after that time,” declares the Lord. “I will put my law in their minds and write it on their hearts. I will be their God, and they will be my people. 34 No longer will they teach their neighbor, or say to one another, ‘Know the Lord,’ because they will all know me, from the least of them to the greatest,” declares the Lord. “For I will forgive their wickedness and will remember their sins no more.” 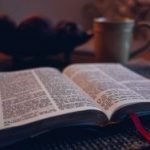 Bible Overview :: Session One :: A Personal Relationship with GodGrow

Bible Overview :: Session Three :: The Messiah and His KingdomGrow