Spontaneous Expansion in a Pluralist Society

As part of my Doctoral Cohort in Global Leadership (also known as Missional Effectiveness), we interact with classic texts such as The Gospel in a Pluralist Society

by Lesslie Newbigin and The Spontaneous Expansion of the Church: And the Causes Which Hinder It

Here are some of the highlights:

We have to make sure that our methodology is not restricting to the message of Jesus. (Allen)

1) Our standard of morality is very important in the lives of those taking the message of Jesus to the world.
(Our message is dependent on relationship)

“What matters is not the factual content of faith claims but the sincerity with which they are held.”

“Reason does not operate in a vacuum. The power of a human mind to think rationally is only developed in a tradition which itself depends on the experience of previous generations” “No coherent thought is possible without taking some things as given.” – Newbigin

3) Connect people to Jesus and let him change them! (Allen)

“This then is what I mean by spontaneous expansion. I mean the expansion which follows the unexhorted and unorganized activity of individual members of the Church explaining to others the Gospel which they have found for themselves; I mean the expansion which follows the irresistible attraction of the Christian Church for men who see its ordered life, and are drawn to it by desire to discover the secret of a life which they instinctively desire to share; I mean also the expansion of the Church by the addition of new Churches.” (Allen)

“Spontaneous expansion begins with the individual effort of the individual Christian to assist his fellow, when common experience, common difficulties, common toil have first brought the two together.” (Allen)

“He speaks from his heart because he is too eager to be able to refrain from speaking. His subject has gripped him. He speaks of what he knows, and knows by experience. The truth which he imparts is his own truth. He knows its force. He is speaking almost as much to relieve his own mind as to convert his hearer, and yet he is as eager to convert his hearer as to relieve his own mind; for his mind can only be relieved by sharing his new truth, and his truth is not shared until another has received it. This his hearer realizes. Inevitably he is moved by it. Before he has experienced the truth himself he has shared the speaker’s experience.” (Allen)

“If the Church is to be indigenous it must spring up in the soil from the very first seeds planted.” (Allen)

“The curiosity which is always seeking to discover more seems to be one of the necessary conditions of life. But seeking is only serious if the seeker is following some clue, has some intuition of what it is that he seeks, and is willing to commit himself or herself to following that clue, that intuition. Merely wandering around in a clueless twilight is not seeking. The relativism which is not willing to speak about truth but only about “what is true for me” is an evasion of the serious business of living. It is the mark of a tragic loss of nerve in our contemporary culture. It is a preliminary symptom of death.” (Newbigin)

“The gospel does not come as a disembodied message, but as the message of a community which claims to live by it and which invites others to adhere to it.” (Newbigin)

“The gospel is not just the illustration (even the best illustration) of an idea. It is the story of actions by which the human situation is irreversibly changed.” (Newbigin)

“A society which believes in a worthwhile future saves in the present so as to invest in the future. Contemporary Western society spends in the present and piles up debts for the future, ravages the environment, and leaves its grandchildren to cope with the results as best they can…. the Old Testament writers look forward to a glorious and terrible consummation of history. History has meaning in the sense that it has a goal.”  (Newbigin)

“It seems to me clear from the whole New Testament that the Christian life has room both for a godly confidence and for a godly fear. The contrast between these is not a contradiction.” (Newbigin)

“If we cannot speak with confidence about biblical authority, what ground have we for challenging the reigning plausibility structure?” (Newbigin)

“In contrast to the long period in which the plausibility structure of European society was shaped by the biblical tradition, and in which one could be a Christian without conscious decision because the existence of God was among the self-evident truths, we are now in a situation where we have to take personal responsibility for our beliefs.”  (Newbigin)

“The sociology of knowledge has taught us to recognize the fact, which is obvious once it is stated, that in every human society there is what Peter Berger calls a “plausibility structure,” a structure of assumptions and practices which determine what beliefs are plausible and what are not. It is easier to see the working of the plausibility structure in a culture of a different time or place than it is to recognize it in one’s own.”  (Newbigin)

“The minister’s leadership of the congregation in its mission to the world will be first and foremost in the area of his or her own discipleship, in that life of prayer and daily consecration which remains hidden from the world but which is the place where the essential battles are either won or lost.” (Newbigin)

Some other thoughts from Newbigin in a post by Chrisopher B. James:

“Newbigin’s most important legacy was in his call for a true ‘missionary encounter with Western culture.'”

The Enlightenment separated science and faith. “Reliance on reason alone was promised to lead to unending human progress—scientific progress and moral progress.”

“When Christianity began defending its truth on the basis of reason, it was appealing to something outside of itself, looking to a universal arbiter of truth. This was implicitly consenting to the modern idea that reason was the final authority regarding what was real and true.”

“What Jesus left behind was not a book, but a community which was then sent by His Spirit into the ‘world to carry the secret into the life of the world, always reappropriating and reinterpreting it in the light of new circumstances.'” 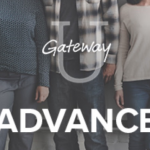 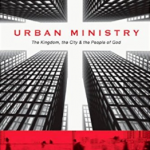