The Global Leadership Summit has equipped leaders in the corporate, non-profit, education, and ministry worlds since 1995. Last year almost 500,000 participated in the GLS in sites around the world.

I attended for the first time around 15 years ago at Willow Creek Church in the Chicago area, and I have attended several times since then.

In the midst of our year preparing for this event, scandal and controversy has swirled around Bill Hybels and the the leadership of Willow Creek Church.

Hybels has been accused by multiple women of sexual misconduct and abuse of power. Many of these allegations apparently were reported to the elders 4 years ago, but they did not come to light until an article in the Chicago Tribune.

At first the elders and lead pastors defended Hybels, but as of last night they have all resigned and released an apology and statement.

The turning point was another allegation reported in the New York Times and the resignation of the teaching pastor Steve Carter this past Sunday.

Now an independent investigation has been launched and a call for Hybels to take full responsibility for his actions.

Craig Groeschel addressed the issue and then cast vision for why this conference is still so important.

Leaders have been entrusted with power, and we must use this power for the good of others. Abusing power is reprehensible.

Rather than make excuses, we need to make things right. We cannot do both.

Our world needs leaders who are uniting rather than dividing, standing up rather than backing down, and serving with integrity rather than abusing our power for selfish gain.

The level 5 leader is “profound in humility and furious in resolve.” – Jim Collins

When the leader gets better, we all get better. 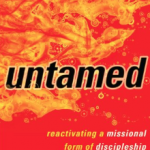 On the Verge of UntamedGrow, Leadership, Outreach 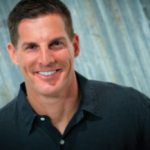