On the Other Side of Fear by Erwin McManus (GLS18) The greatest battles we face are the ones within.

We struggle with issues of identity.

We have been created by God with intention and for purpose.

How do I become the person I was created to be?

How do I use my life to break through the status quo?

Elisha and The Last Arrow

2 Kings 13
14 Now Elisha had been suffering from the illness from which he died. Jehoash king of Israel went down to see him and wept over him. “My father! My father!” he cried. “The chariots and horsemen of Israel!”

15 Elisha said, “Get a bow and some arrows,” and he did so. 16 “Take the bow in your hands,” he said to the king of Israel. When he had taken it, Elisha put his hands on the king’s hands.

18 Then he said, “Take the arrows,” and the king took them. Elisha told him, “Strike the ground.” He struck it three times and stopped. 19 The man of God was angry with him and said, “You should have struck the ground five or six times; then you would have defeated Aram and completely destroyed it. But now you will defeat it only three times.”

This doesn’t seem fair! God doesn’t give the details and we get into trouble for doing it wrong!

We confuse moments in our lives where we think we failed when in reality we quit.

In the midst of being diagnosed with cancer, Erwin found the first lines from his book The Last Arrow like it was time capsule he had written for himself a year before.

“So I need to tell you before you hear from someone else, I am dying.
But so are you.”

Your freedom is on the other side of fear.

Erwin felt no bitterness or fear when diagnosed with cancer because he had dealt with fear so many years before. Working in a dangerous neighborhood

Freedom is on the other side fear.

Lean into the fear and crash through it!

What we fear has mastery over our lives. Fear is a cruel master that will still our life away.

Fear establishes the boundaries of your freedom.

Your greatness is on the other side of your pain.

Pain is the boundary of our greatness.

At the hospital after surgery to remove the cancer, Erwin told the nurse who was trying to keep him from walking:
“If I can stand in this pain, then I can face whatever pain is in front of me.”

We need to learn how to walk with pain. We give up far too soon.

I am not afraid of death because I am already alive! The proof of life after death is life before death!

We do not have to let pain define us.

Pain is not the end of the story. Jesus shows us this through His death and resurrection from the dead.

Your future is on the other side of your failures

God does not define us by our failures.

When you are living a life bigger than yourself, failure is just a plot twist.

Life is hard and faith does not make it easier, but faith make us stronger! 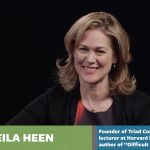 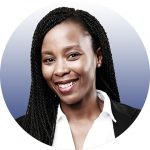