Below is a story I shared in Not Like Me: Learning to Love, Serve, and Influence Our Divided World.
You can listen to the message “A Love Greater Than Religion” (click on “Listen” for the audio)

My wife Deborah and I along with our son Caleb who was 2 years old at the time were in the terminal at Los Angeles International Airport waiting for our direct flight with American Airlines from LAX to JFK in New York City.

Eight days prior, the world for Americans had changed.  Throughout that tragic day and for the next several days the story began to unfold.

Everything was a blur over those first few hours and days after September 11th.

Flying to NYC from LAX

Somewhere in the middle of it all, it hit me. We were flying into New York City to see friends and to speak at a youth conference in Connecticut the next week. Surely it would be canceled.  I called the youth pastor to confirm my suspicions.

I was surprised by his response.  The students and the people in their church needed this retreat more than ever since people within their church who worked in the World Trade Center were still missing.  In fact, they were even more grateful that we were coming to lead them during this time.  It would be good to have an outsider’s perspective of hope and trust in God in the midst of such devastation which was so close to their families and their homes.

In addition to the natural numbness, I now felt fear.  I was expected to fly just days after the airports were to reopen.  I was flying at about the same time of day, on the same airline, and between the same airports.  Surely the youth group would understand if we could not come.  If it was just me, of course I would come (I said to myself knowing I was lying), but since Deborah and my 2 year old son were planning to travel with me….  It was the perfect situation.  Deborah and Caleb would be the reason for my withdrawal, not my own fear.

Just as I had hoped, Deborah did not want to go.  She hated flying before terrorists had figured out how to use planes as bombs, but she did feel we should pray and seek advice before deciding.  After a couple of days of vacillating, “What Would Jesus Do?” popped into our heads.  I pointed out that Jesus would not go.  He would never fly in a plane because he lived 2000 years ago before they were invented.  This was the latest and last of our flimsy excuses.  Instead, we became more and more resolved.  We were going to go.  We were not going to let Osama Bin Laden scare us.  We would not allow terrorists to control our lives.  We could be a part of helping people who were hurting.  This was our divine moment to seize.

Of course, we created an escape clause.  I agreed with Deborah that if she did not feel comfortable flying to New York at anytime before the trip, we could cancel.

So far in the days preceding the trip, all was proceeding smoothly until we arrived at the airport.

As we entered the terminal four hours before our scheduled departure time as was recommended in this time of heightened alertness, we both saw a man nervously pacing back and forth, and we could hear him singing with a thick accent. We assumed he was from the Middle East.

Just as the nervous singer ended his song to get in line with his friend, we noticed the two men in front of us also had dark skin and dark hair.  Upon closer inspection, they appeared to be from the Muslim world as well.  Worse yet, they seemed to be big fans of cellophane.  Both of their suitcases were wrapped repeatedly with the clear, sticky plastic wrap.

We had arrived almost four hours ahead of our domestic flight time because of the supposedly intense security.  We watched in horror as the woman at the gate checked in their bags, placing them on the conveyer belt headed for a plane yet to be filled with passengers.

Deborah turned to me with anxiety, “Didn’t those guys with the plastic wrapped luggage look like terrorists? Did you hear the song that other guy was singing? These guys are plotting something!”

Answering Deborah’s anxious verbalized thoughts is one of the advantages of marrying a woman prone to worry.  I become the courageous one.  As she articulates what I am thinking, I then have the chance to articulate the opposite. I become the more positive voice, even if I feel the same way. I usually kept my
fears on the inside; Deborah kept hers out in the open.

I shifted into my encouraging husband mode.  I tried to encourage her that the guys in front of us may not even be from the Middle East. Besides, I pointed out, worse case scenario; even if they are terrorists the air marshals would get them on the plane.  After noticing this did not bring comfort, I shifted my tactics.  “Well, I doubt these guys are even on our flight.”

Somehow, my verbal assurances backfired.  Not only were these four guys waiting to board our flight, there was another olive skinned man already in the waiting area when we arrived.  The five men did not sit together as we waited, a strange thing since we saw two pairs of them talking with each other in the baggage line
earlier.  Deborah was certain the five men were exchanging glances with each other over the tops of their newspapers and magazines.  As one man seemed to wink at another, Deborah found her breaking point.  She was still willing to fly to New York, but she did not want to go on this particular flight.

She approached the woman at the counter to ask for the chance to take the next flight.

I tried to persuade Deborah that all would be ok in spite of the flight attendants’ response.  I tried to point out once again that these five men were probably not the people she thought they were.  For a time she seemed to have discovered enough peace to get on this flight.  She acknowledged to me that she was already afraid, and this experience was just accentuating her inner feelings.

Soon, the same flight attendant asked us to board the flight, so we gathered together our stuff.  The prospect of flying with a toddler should have been reason enough to have canceled our trip.  On top of that, Caleb was still eating from a feeding tube. Our son Caleb was born with a heart defect which had required heart surgery. After the surgery he had to eat from a feeding tube for the first 3.5 years of his life. While shouldering my carry-on bag, I picked up the car seat.  Cheerios spilled out and crunched under my feet as I reached down for Caleb’s little carry-on bag which was a.  While carrying her purse and carry-on bag, Deborah pushed Caleb in a stroller we would leave at the door of the plane. The amount of stuff was absurd for three people, one of whom weighed less than some of the bags we were carrying.

As I looked ahead, I could not believe my eyes.  Four of the five would-be terrorists were already seated next to our seats.  Our flight had the two seats, four seats, and two seats plan.  The two plastic wrap guys who knew each other sat next to the window.  Our three seats were directly next to the singing terrorist and his friend.  If this guy had been nervous bellowing his tune in the terminal, he looked downright panic-stricken now.  Sweat poured down his face as he continued moving around in his seat and wringing his hands.

As I considered which hijacker should be next to me and which one should be next to Deborah, the singing one jumped out of his seat marching quickly towards a brunette flight attendant near the back.  Everyone could overhear his anxious questions to her:

Finally reaching our row, Deborah continued moving toward the back as well. Carrying Caleb in her arms now, she had her own set of questions for another flight attendant.  Unfortunately, this flight attendant seemed to be more afraid of the current state of events than my wife.  As Deborah asked to get off the plane for a later flight, tears began to slide down her cheeks.  The flight attendant agreed with Deborah, she was scared to death.

Somehow I don’t think this flight attendant had been trained as thoroughly as the first one.  Deborah was now more afraid than ever.  She came back to me to invoke our escape clause.  She was not going to fly on this plane.  The brunette flight attendant approached us as we gathered up our things.  “I’m sorry but you cannot leave this flight.  Your luggage must travel with you.  Please be seated so we can begin our flight.”

I began putting our things back again and sat down next to the two dark men on my side.  I was surprised to notice, one of them had changed seats closer to the front of the plane.  Deborah’s tears gushed from her eyes as she struggled to calm down taking her seat next to the nervous singer.

Within a few minutes, the brunette flight attendant returned and asked us to gather together our things because we would be allowed to exit the plane.  We were scaring the other passengers.

We changed planes and made it safely to NYC and our first plane made it safely too–so obviously, we were wrong–they weren’t terrorists, they were probably more scared of terrorists than we were–in fact, what if they went home to tell their families how scared they were of the bald white guy with the bag full of tubes coming out…”do you think he was a skinhead copy-cat terrorist–he looked like a skinhead?”

As we walked around in NYC, mourning with rest of the city, our little boy was was just learning how to talk. Every time he’d see an American flag he would point and say “Look!” but the it didn’t sound like “Look!” It sounded more like “Allah!” We kept pushing him around NYC as he shouted out “Allah! Allah!”

For more on this topic:

Lessons from Israel and the West Bank (Message Audio and Notes)

Is Islam the Enemy?

“Kidnapping” a Muslim (a story from Not Like Me)

An Interview with Naeem Fazal, author of Ex-Muslim

Jesus and the World’s Religions by John Burke (message notes) 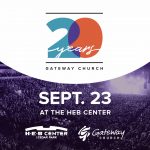