The Way of Jesus: Titus

In the Way of Jesus, we walked through different letters from Paul to churches and church leaders in the first century.

Video of Titus from The Bible Project:

Audio of the Overview of Titus:

Notes from the Overview of Titus:

Paul, a servant of God and an apostle of Jesus Christ to further the faith of God’s elect and their knowledge of the truth that leads to godliness— 2 in the hope of eternal life, which God, who does not lie, promised before the beginning of time,3 and which now at his appointed season he has brought to light through the preaching entrusted to me by the command of God our Savior,To Titus, my true son in our common faith: Grace and peace from God the Father and Christ Jesus our Savior. – Titus 1:1-4

Apostle – one sent out, the 12 apostles and missionaries

The elect – chosen, some think this means God chooses some and rejects others and He can do that because He is God since none of us deserve to be chosen.

The elect have a knowledge that leads to godliness and receive eternal life.

9 If you declare with your mouth, “Jesus is Lord,” and believe in your heart that God raised him from the dead, you will be saved. 10 For it is with your heart that you believe and are justified, and it is with your mouth that you profess your faith and are saved. 11 As Scripture says, “Anyone who believes in him will never be put to shame.” 12 For there is no difference between Jew and Gentile—the same Lord is Lord of all and richly blesses all who call on him, 13 for, “Everyone who calls on the name of the Lord will be saved.” – Romans 10:9-13

8 But do not forget this one thing, dear friends: With the Lord a day is like a thousand years, and a thousand years are like a day. 9 The Lord is not slow in keeping his promise, as some understand slowness. Instead he is patient with you, not wanting anyone to perish, but everyone to come to repentance. – 2 Peter 3:8-9

The Lord had said to Abram, “Go from your country, your people and your father’s household to the land I will show you. 2 “I will make you into a great nation, and I will bless you; I will make your name great, and you will be a blessing. 3 I will bless those who bless you,  and whoever curses you I will curse; and all peoples on earth will be blessed through you.” -Genesis 12:1-3

The elect are those who say “yes” to God’s invitation. Like a foster child who gets to decide if he wants to be adopted or not.

Not about believing facts about Him but surrendering all of our lives to Him.

We are chosen and then sent out. We are blessed to be a blessing.

“God is saving us so we can be part of saving others.” – NT Wright

Interlinear definition of “elect” is “chosen”

God is not a liar (like the pagan gods). God is a Savior who gives knowledge and eternal life. Godliness means to be holy or whole or have integrity. To be trustworthy.

The Circumcision group – Jewish Christians who insisted that Gentiles should be circumcised and practice Judaism to follow Jesus.

All about power and dishonest gain.

More when we look at Galatians in a couple of weeks. Acts 15 – the leaders of the early church decided that the Gentiles did not have to go through circumcision to follow Jesus. (Roman baths made it obvious who was circumcised and who was not.)

“They claim to know God, but by their actions they deny him. They are detestable, disobedient and unfit for doing anything good.”- Titus 1:16

Titus’ job is to replace these leaders with godly leaders.

By using the rare NT terms “male-female” (arsen-thēly) instead of “husband-wife” (anēr-gunē) Paul establishes a link with Gen 1:27 and thus shows how the Gospel calls us back to the divine ideal, which has no place for general subordination of females to males. Thus, Paul’s choice of terminology upholds the equality of men and women in the church, without changing the position of the husband as head of the family….

Within the cultural restraints of his day, Paul and the early church (like Jesus) did not act precipitously. The subordination of Gentiles was difficult to root out (even in Peter! [Gal 2:11-14]). Slavery was not immediately abolished in the church (see Eph 6:5-9; Col 3:22; Phlm 12: 1 Tim 6:1). Likewise, women did not immediately receive full and equal participation with men in the ministry of the church. However, Phoebe is mentioned as a “deacon” (Rom 16:1) Junia was a female apostle (Rom 16:7), and the leaders of the church at Philippi were women (Phil 4:2–3). Priscilla assumed an authoritative teaching role over men (Acts 18), and the “Elect Lady” (2 John) may well have been a prominent church leader with a congregation under her care.”

One of the funniest verses in the entire Bible

One of Crete’s own prophets has said it: “Cretans are always liars, evil brutes, lazy gluttons.” 13 This saying is true.  Titus 1:12-13

Turning Cretans into Elders while living in a skeptical and consumeristic

culture. We have a lot of Cretans and not very many elders.

So what do you do? How do you do that?

In terms of slavery, even though Paul encourages slaves to submit to their masters (and masters to be kind to them), there is something bigger going on. Slaves – 80% of the Roman world was enslaved.

This seems so backwards to us, but consider a few elements of context.

Remarkably, Paul is writing to slaves directly. This shows he sees those who are enslaved as people too and not as just property. Also, this makes clear that there were Christ-followers who were enslaved. He is reminding them that their suffering is not in vain. In fact, we know some of the most important figures of the Bible like Joseph and Daniel were actually slaves at one point in their lives!

You might think that Paul should call those who were slaves to rise up and rebel (and we know there are times when this would be absolutely the right thing), but the plight of slaves in Paul’s day is different than what we think of when we think of the early history of the United States of America or even those who are forced into slavery today. Many of those enslaved were paying off a debt. They chose servitude as a way to get out of their difficult circumstances. The Bible calls for those who were enslaved to be freed every 7 years (very different than forced slavery). The Bible does not advocate slavery. Instead Paul is writing to help slaves know how to handle their difficult circumstances. Even still, there is a trajectory towards freedom in the Bible. For example, Paul’s letter to Philemon was a letter asking him to free his slave Onesimus. The early church leaders knew that as people were freed from spiritual slavery, then the end of physical enslavement was soon to follow.

The reality is that all nations informed by Christianity (informed by the Bible) have moved towards women in leadership and away from slavery throughout history. Sure, we still have a long way to go, but the trajectory that began in the Scriptures moves towards value and worth and love beyond what any culture would be like naturally. For more on this, see my article at ChristianPost.com.

Teach them to say “no” to the ways of the world

For the grace of God has appeared that offers salvation to all people. 12 It teaches us to say “No” to ungodliness and worldly passions, and to live self-controlled, upright and godly lives in this present age, 13 while we wait for the blessed hope—the appearing of the glory of our great God and Savior, Jesus Christ, 14 who gave himself for us to redeem us from all wickedness and to purify for himself a people that are his very own, eager to do what is good. Titus 2:11-13

Religion is our attempt to do good things to get God to love us.

Grace means we are loved even though we don’t deserve it. We do good out of gratitude for what God has done.

Ideal citizens rather than the usual way Cretans live.

Summary of the Gospel and God represented in 3 persons:

When the kindness and love of God our Savior appeared, 5 he saved us, not because of righteous things we had done, but because of his mercy. He saved us through the washing of rebirth and renewal by the Holy Spirit, 6 whom he poured out on us generously through Jesus Christ our Savior, 7 so that, having been justified by his grace, we might become heirs having the hope of eternal life.- Titus 3:4-7

What encouraged you? How?

What challenged you? Why?

What do you sense you can apply?

What is one thing you plan to do this next week as a result of this book in the Bible? 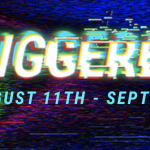