The Way of Jesus: Galatians

In the Way of Jesus, we walked through different letters from Paul to churches and church leaders in the first century.

Video of  Galatians from The Bible Project:

Audio of the Overview of Galatians:

Notes from the Overview of Galatians:

The Book of Galatians is probably the first letter written and was critical in laying the theological framework for diverse church communities.

“Paul shows how the good news should create ethnically diverse communities that are unified by devotion to Jesus and to each other.” – The Bible Project

If not familiar with Paul…

We can learn a lot about him because the book of Acts tells much of his story and through the letters he wrote to churches and church leaders.

Paul, an apostle—sent not from men nor by a man, but by Jesus Christ and God the Father, who raised him from the dead— 2 and all the brothers and sisters with me,

To the churches in Galatia – Galatians 1:1-2 Paul and Barnabas sent out Acts 13 from Antioch in Syria

Now there were in the church at Antioch prophets and teachers, Barnabas, Simeon who was called Niger, Lucius of Cyrene, Manaen a lifelong friend of Herod the tetrarch, and Saul. 2 While they were worshiping the Lord and fasting, the Holy Spirit said, “Set apart for me Barnabas and Saul for the work to which I have called them.” 3 Then after fasting and praying they laid their hands on them and sent them off. – Acts 13:1-4

Paul and Barnabas went to Cyprus then to Antioch of Pisidia

And on the Sabbath day they went into the synagogue and sat down. 15 After the reading from the Law and the Prophets, the rulers of the synagogue sent a message to them, saying, “Brothers, if you have any word of encouragement for the people, say it.” 16 So Paul stood up, and motioning with his hand said… – Acts 13:14-16

Paul shares the history of Israel culminating in the Messiah Jesus

38 Let it be known to you therefore, brothers, that through this man forgiveness of sins is proclaimed to you, 39 and by him everyone who believes is freed from everything from which you could not be freed by the law of Moses. – Acts 13:38-39

42 As they went out, the people begged that these things might be told them the next Sabbath. 43 And after the meeting of the synagogue broke up, many Jews and devout converts to Judaism followed Paul and Barnabas, who, as they spoke with them, urged them to continue in the grace of God.

44 The next Sabbath almost the whole city gathered to hear the word of the Lord.45 But when the Jews saw the crowds, they were filled with jealousy and began to contradict what was spoken by Paul, reviling him. 46 And Paul and Barnabas spoke out boldly, saying, “It was necessary that the word of God be spoken first to you. Since you thrust it aside and judge yourselves unworthy of eternal life, behold, we are turning to the Gentiles…. 48 And when the Gentiles heard this, they began rejoicing and glorifying the word of the Lord, and as many as were appointed to eternal life believed. 49 And the word of the Lord was spreading throughout the whole region. 50 But the Jews incited the devout women of high standing and the leading men of the city, stirred up persecution against Paul and Barnabas, and drove them out of their district.51 But they shook off the dust from their feet against them and went to Iconium.52 And the disciples were filled with joy and with the Holy Spirit.- Acts 13:42-51

4 But the people of the city were divided; some sided with the Jews and some with the apostles. – Acts 14:4

Healed a man unable to walk, Gentile crowds proclaimed Paul and Barnabas Hermes and Zeus, angry crowds from other Antioch and Iconium and incited the crowd to stone Paul

from there they sailed to Antioch, where they had been commended to the grace of God for the work that they had fulfilled. 27 And when they arrived and gathered the church together, they declared all that God had done with them, and how he had opened a door of faith to the Gentiles. 28 And they remained no little time with the disciples. – Acts 14:26-28 The Bible Project describes the letter in 3 sections:

Paul is writing back to the Galatians after starting those churches.

The Gospel of the crucified Messiah (Galatians 1-2)

3 Grace and peace to you from God our Father and the Lord Jesus Christ, 4 who gave himself for our sins to rescue us from the present evil age, according to the will of our God and Father, 5 to whom be glory for ever and ever. Amen. – Galatians 1:3-4

There was a seamless connection in Paul’s mind between God the Father and the Lord Jesus Christ. He was a devoted Pharisee and trained in the law, a Hebrew of Hebrew so with the arrival of Jesus it became clear to Him that Jesus was the promised Messiah – God in the flesh. One God in three persons (as you will read Paul also describe the Holy Spirit).

Christ equals The King, The Jewish Messiah who came to Rescue All Humanity.

God and Jesus are “distinct but crucially interrelated.” – Tim Mackie

The God revealed to us in Jesus.

If you want to know who God is – look at Jesus.

False Gospel – Gentiles have to become Jewish before you can become a follower of Jesus.

11 I want you to know, brothers and sisters, that the gospel I preached is not of human origin. 12 I did not receive it from any man, nor was I taught it; rather, I received it by revelation from Jesus Christ.

13 For you have heard of my previous way of life in Judaism, how intensely I persecuted the church of God and tried to destroy it. – Galatians 1:11-12

Paul shares his timeline. You can imagine how scared believers were when they heard he came to town at first!

They only heard the report: “The man who formerly persecuted us is now preaching the faith he once tried to destroy.” 24 And they praised God because of me. – Galatians 1:23-24 Paul accepted by the apostles but then a confrontation with Peter.

“when Paul confronts Peter about his decision to eat exclusively with the “men from James” he does so to show that those things (circumcision, food laws, ritual purity, etc.,), namely, those things that, to the Jewish people, communicated covenant membership, are not the things that make one part of those who are justified in Christ Jesus. Paul is not just setting their theology straight. He is eradicating the massive cultural barriers between Jews and Gentiles.” – Kyle Rouse

“The claim of the new perspective is that first-century Judaism was not a merit -based religion but a covenant community created by God’s grace…. mainstream Judaism understood that through God’s covenant they were already right with him. The law (nomos) was not a means of getting saved but of staying saved. Keeping God’s law was the appropriate response to God’s covenant mercy.” – Ligon Duncan

Jesus Plus Nothing = Everything!

Justified = made right with God

Works are what we do out of gratitude for what He has done for us.

Before you did anything for God, He did everything for you!

I have been crucified with Christ and I no longer live, but Christ lives in me. The life I now live in the body, I live by faith in the Son of God, who loved me and gave himself for me. – Galatians 2:20

Those who are blessed have trouble being a blessing because we see ourselves as chosen and the others are not. In reality, we are chosen first to help the others know they are chosen. The Church has this same problem!

Abraham believed AND THEN 400 years came the Law.

Before Jesus, you experienced new life and salvation by believing in the God who would come to rescue you.

We believe in the God who came and is coming again.

26 So in Christ Jesus you are all children of God through faith, 27 for all of you who were baptized into Christ have clothed yourselves with Christ. 28 There is neither Jew nor Gentile, neither slave nor free, nor is there male and female, for you are all one in Christ Jesus. 29 If you belong to Christ, then you are Abraham’s seed, and heirs according to the promise. – Galatians 3:26-28

4 But when the set time had fully come, God sent his Son, born of a woman, born under the law,5 to redeem those under the law, that we might receive adoption to sonship. 6 Because you are his sons, God sent the Spirit of his Son into our hearts, the Spirit who calls out, “Abba, Father.” 7 So you are no longer a slave, but God’s child; and since you are his child, God has made you also an heir. – Galatians 4:4-7

That is transformed by the Spirit (Galatians 5-6)

It is for freedom that Christ has set us free. Stand firm, then, and do not let yourselves be burdened again by a yoke of slavery….

For in Christ Jesus neither circumcision nor uncircumcision has any value. The only thing that counts is faith expressing itself through love.

As for those agitators, I wish they would go the whole way and emasculate themselves! – Galatians 5:1, 6, 12

Walk by the Spirit

13 You, my brothers and sisters, were called to be free. But do not use your freedom to indulge the flesh; rather, serve one another humbly in love. 14 For the entire law is fulfilled in keeping this one command: “Love your neighbor as yourself.” 15 If you bite and devour each other, watch out or you will be destroyed by each other.

22 But the fruit of the Spirit is love, joy, peace, forbearance, kindness, goodness, faithfulness, 23 gentleness and self-control. Against such things there is no law.24 Those who belong to Christ Jesus have crucified the flesh with its passions and desires. 25 Since we live by the Spirit, let us keep in step with the Spirit. – Galatians 5:13-25

This is a promise not a threat!

This should bring us joy not guilt!

We are new! We do not have to live the old way we’ve lived!

Not judgmental but merciful

Brothers and sisters, if someone is caught in a sin, you who live by the Spiritshould restore that person gently. But watch yourselves, or you also may be tempted. 2 Carry each other’s burdens, and in this way you will fulfill the law of Christ. 3 If anyone thinks they are something when they are not, they deceive themselves. 4 Each one should test their own actions. – Galatians 6:1-4

A warning from a place of love!

Neither circumcision nor uncircumcision means anything; what counts is the new creation. – Galatians 6:15

The Jerusalem Council and The Decision

19 Therefore my judgment is that we should not trouble those of the Gentiles who turn to God, 20 but should write to them to abstain from the things polluted by idols, and from sexual immorality, and from what has been strangled, and from blood. – Acts 15:19 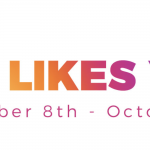 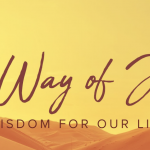