Annie Duncan serves as the Executive Pastor at Bellevue Presbyterian Church in Bellevue, WA. Her dog

Our cities are becoming more diverse, but sadly many churches are not. As a result, many of the downtown churches started 30 or 40 years ago but don’t start reaching their new neighbors end up shutting their doors

Embracing diversity is one thing, but becoming diverse is another.

Becoming mult-ethnic is one thing, but you can be multi-ethnic but still mono-cultural.

God’s original design for the Church was a multi-cultural community.

The world is diversifying. This isn’t a problem but an opportunity!

“My prayer is not for them alone. I pray also for those who will believe in me through their message, 21 that all of them may be one, Father, just as you are in me and I am in you. May they also be in us so that the world may believe that you have sent me.” – John 17:20-21

The Church did not start the day that Jesus rose from the dead.

God waited until the world came to Jerusalem 50 days later at Pentecost. This was when the Church was born! (See Acts 2:1-13)

Racial reconciliation is mentioned in every book in the New Testament (except for 3 John).

Christianity spread not through politics or power or weapons of war but through Christians living a better story. They would endure persecution with love, faith, and hope.

The Spirit always moves us to where it wants us to be, not where we currently are.

Where Do You Start?

It’s not a goal to be achieved, but a gift to be received.

When we have different perspectives, we can see other aspects of God through others.

Know the difference between intention and impact.

Rather than Americanize things, consider the following:

Is this something you want to do to people or with people?
Without input from those not in the majority culture, it become the former rather than the latter.

From Roadmap to Reconciliation by Dr. Brenda Salter McNeil

Don’t make decisions in a silo.

“Get out of your own little homogenous group. Move out of the place where you feel comfortable.
Come now, let’s take a journey towards places you would not have gone had I not given you a little holy nudge.”
– Brenda Salter McNeil

Jesus came to comfort the disturbed and disturb the comfortable. 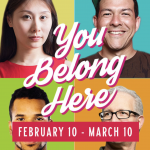 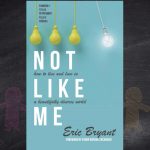 Not Like Me at East91st Street Church in IndianapolisDiversity, Outreach