“Who Is Jesus, Really? – The Good Shepherd”

At Gateway Church in Austin, we continued our series “Who Is Jesus, Really?.”

Jesus claimed He can protect those who follow Him. What if the news is filled with tragedy, and the world feels unsafe? Discover how a relationship with God helps us connect to the One who can bring us peace and protection in the midst of life’s challenges.

Bonus Resources for “Who is Jesus, Really?”

Work through the following questions and Scriptures on your own, and get together with your running partner, life group, or friends and family to talk through what you are learning.

“Who is Jesus, Really? – The Good Shepherd” Next Steps

The Lord is my shepherd, I have everything I need. He makes me lie down in green pastures, he leads me beside quiet waters, he restores my soul. He guides me along the right paths for his name’s sake. Even though I walk through the darkest valley, I will fear no evil, for you are with me; your rod and your staff, they comfort me. You prepare a table before me in the presence of my enemies. You anoint my head with oil; my cup overflows. Surely your goodness and love will follow me all the days of my life, and I will dwell in the house of the Lord forever. – Psalm 23

Seven miraculous signs that seem to match-up with these I AM statements as out-workings of the identity of Jesus.

Finally, at the end of John’s Gospel…

“Jesus performed many other signs in the presence of his disciples, which are not recorded in this book. But these are written that you may believe that Jesus is the Messiah, the Son of God, and that by believing you may have life in his name” – John 20:30-31

Rather than the images we have in our mind of the blonde-haired Jesus holding a sheep, to understand what Jesus is trying to communicate with this idea, we need to take a bit of a journey.

The promise they are clinging to is that God would be their shepherd.
Creation Narrative
De-creation

The Biblical narrative is God on a mission, in and through Jesus, (His life, death & resurrection) to restore all things to how His intended order.

He was a shepherd to them.

The Lord is my shepherd, I have everything I need. He makes me lie down in green pastures, he leads me beside quiet waters, he restores my soul. – Psalm 23:1-3

The Lord had always been a shepherd to His people but when the Jewish people turned their backs on God and eventually ended-up in Babylon. Now they’re back in Jerusalem but under the reign of the Romans. The way they’d often refer to their condition was, we are like sheep without a shepherd.

Jesus weeps over the Jewish people in the gospel saying, they are like sheep without a shepherd.

The language the prophet Isaiah uses to describe the human condition…

With the metaphor of God as Shepherd there is another metaphor that is presented almost interchangeably… God is going to be a Father to His people.

The Jewish people in the 1st Century are holding on to a promise.

Contextual journey through some Scripture:

In the 1st cent, Jewish people knew these inside-out.

Should not shepherds take care of the flock? …You have not strengthened the weak or healed the sick or bound up the injured. You have not brought back the strays or searched for the lost. You have ruled them harshly and brutally. So, they were scattered because there was no shepherd, and when they were scattered, they became food for all the wild animals. – Ezekiel 34:3-5

Push pause (sidenote) – The Jewish people believed that to be fully human, you needed to be in relationship with Yahweh. Anything less was considered sub-human.

When it says they were scattered and became food for the wild animals… it’s saying the other nations devoured them. The Assyrians came in and invaded Jerusalem and the Babylonians came in and finished the job and deported them all off to Babylon.

My sheep wandered over all the mountains and on every high hill. They were scattered over the whole earth, and no one searched or looked for them. – Ezekiel 34:6

“You mistreated the people that I gave you to care for”

Then God pronounces his judgement on the Shepherds…

For this is what the Sovereign Lord says: I myself will search for my sheep and look after them. As a shepherd looks after his scattered flock when he is with them, so will I look after my sheep. I will rescue them from all the places where they were scattered on a day of clouds and darkness. I will bring them out from the nations and gather them from the countries, and I will bring them into their own land. I will pasture them on the mountains of Israel, in the valleys and in all the settlements in the land.

I will tend them in a good pasture, and the mountain heights of Israel will be their grazing land. There they will lie down in good grazing land, and there they will feed in a rich pasture on the mountains of Israel. I myself will tend my sheep and have them lie down, declares the Sovereign Lord. I will search for the lost and bring back the strays. I will bind up the injured and strengthen the weak, but the sleek and the strong I will destroy. I will shepherd the flock with justice. – Ezekiel 34:11-16

The people in the 1st century are desperate for God to come and to fulfill this promise!

We’ve got to really understand this to really get what Jesus is saying.

These metaphors of “God as Shepherd” and “God as Father” are practically interchangeable.

See, I will bring them from the land of the north and gather them from the ends of the earth. Among them will be the blind and the lame, expectant mothers and women in labor; a great throng will return. They will come with weeping; they will pray as I bring them back. I will lead them beside streams of water on a level path where they will not stumble, because I am Israel’s father, and Ephraim is my firstborn son. “Hear the word of the Lord oh nations; proclaim it in distant coastlands: ‘He who scattered Israel will gather them and will watch over his flock like a shepherd.’ – Jeremiah 31:8-10

That’s the Biblical backdrop… the people are longing for God to fulfill these promises.

The Jewish people were desperate for a shepherd and for a father.

Paul tells the church in the city of Corinth…

I think the same is true of Austin… with all of our millennials and so many young people. I think Paul would say to our city…

you’ve got so many guardians (authority figures)

…so many authority figures, but there’s so few fathers.

There’s something about a father or father-figure that makes a world of difference in the life of those they invest in. I don’t think that value can be overstated today.

There is a father absence crisis in America.
According to the U.S. Census Bureau (2020), 18.3 million children, 1 in 4, live without a biological, step, or adoptive father in the home.

Consequently, there is a father factor in nearly all social ills facing America today.

Research shows when a child is raised in a home that is father-absent, or whose life is void of a father-figure… he or she is aff­ected in the following ways:

But we know all of this, don’t we? Some of us, all too well. We hear this so regularly that we become bored… inoculated to this reality… But sociologists refer to our generation as the “fatherless generation.” Millions of children growing up without the knowledge or experience of a father’s love.

I think it’s worth bringing this up… and dragging this out into the light today so that we’re not asleep or naïve… so that we’re not unaware culturally. We were created to crave for the love & security of a father. It’s how we were made.

So, I’ve given you some of the Biblical backdrop…

…and the cultural backdrop…

“Our hearts are restless, until they can find rest in you.”

Augustine of Hippo, in Confessions

We see that restlessness all around us, don’t we?

I am the good shepherd; I know my sheep and my sheep know me—just as the Father knows me and I know the Father—and I lay down my life for the sheep. – John 10:14-15

Once more he visited Cana in Galilee, where he had turned the water into wine.

And there was a certain royal official whose son lay sick at Capernaum. When this man heard that Jesus had arrived in Galilee from Judea, he went to him and begged him to come and heal his son, who was close to death.

“Unless you people see miraculous signs and wonders,” Jesus told him, “you will never believe.”

Jesus replied, “You may go. Your son will live.” The man took Jesus at his word and departed. <-That’s what faith looks like.

While he was still on the way, his servants met him with the news that his boy was living. When he inquired as to the time when his son got better, they said to him, “the fever left him yesterday at the seventh hour.” Then the father realized that this was the exact time at which Jesus had said to him, “Your son will live.” So, he and all his household believed. – John 4:50-53

Can you see the heart of God? He’s a really good shepherd and an everlasting Father who never leaves.

All so that OUR SIN would be forgiven and completely washed away. 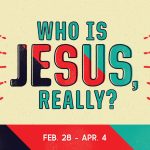 “Who Is Jesus, Really? – The Light of the World”Gateway Austin, Grow 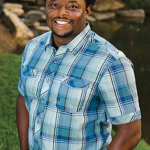