On this day we remember those who died while serving our country. We should never take for granted the freedoms we enjoy in our country.

My family has had many veterans. Both my grandfathers fought in WWII.
My Dad, my Uncle, and my Father-in-Law fought in the Vietnam War. I have another uncle who was in the Air Force for years.

My generation was the first without anyone who enlisted in one of the Armed Forces.

My family did lose one of our own in 1918 during World War I.

That loss was tragic for those who knew him – even more so in that my great great uncle Albert’s death was 2 days before the end of the war.

Albert’s older brother, my Great Grandfather Robert C. Parks grew up to serve as Justice of the Peace for years in Kyle, TX.
I have fond memories of visiting him in his house on Center Street. In fact, that house is right across the street from another old house that was converted into a Shipley’s donuts. Kyle used to be a stop along the freeway in what felt like the middle of nowhere. Now it’s more like a suburb of Austin.

Albert is pictured above on the left. My great grandfather is the boy on the right. Their Mom’s name was Lula and father was Clarence.

In my family tree I have a Lula, a Zula, and a George Washington.

Clarence and Lula went on to have 2 other children. The youngest had several kids – one of whom has been a good friend over the years.

Sadly, the branch of our family tree with Albert Parks was cut down far too soon.

Thanks to all who gave their lives and may God’s comfort come to those who lost someone close serving our country. 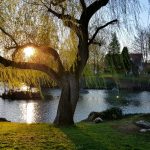 Merry Christmas from The Bryants in South Austin!Family 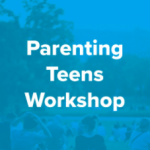