Pat R. Bryant of Granite Shoals passed away September 15, 2022 following a battle with Alzheimer’s and lymphoma.

Pat was preceded in death by his parents B.A. Bryant and Marjorie Parks Bryant, cousin Bill Bryant and brother-in-law Dale Kohler.  He is survived by his wife of 52 years, JoAnne Snarr Bryant, son, Eric, daughter-in-law, Deborah, son, Scott and daughter-in-law, Natalie. He is also survived by grandchildren Caleb, Trevi, Anna, Luke, and Reid.  He’s also survived by his brother Don and his wife Sally, his sister Sherry Pederson and her husband Glenn, his sister Jan Kohler, his brother-in-law Howard Snarr and his wife Diane along with nieces, nephews, and cousins in the Bryants, Parks, and Snarr sides of the family.

Pat was born in San Antonio, Texas on December 1, 1947. He graduated from Thomas Jefferson High School in 1966. He demonstrated a strong work ethic from an early age as he had a paper route for many years as a teen. While a student at San Antonio College he was set up on a blind date with his future wife, Jo Anne. Pat and JoAnne married in 1970 just prior to their graduation from the University of Houston.

Following graduation Pat served in the Air Force where he was a navigator on KC 135 refueling planes during the Vietnam War. Following his service in the Air Force he was hired by the Federal Aviation Administration as an air traffic controller. Pat’s career took him to Redbird Airport and Love Field in Dallas, Lubbock, and ultimately DFW Airport, where he spent the bulk of his career. When Eric and Scott were little, Pat would take them to work on the overnight shift for them to sleep on the floor at the airport tower while he worked.

Pat was a dedicated follower of Jesus and a servant of his church.  He was ordained as a deacon at Shady Oaks Baptist in Hurst where he visited the homebound, taught Sunday School, and chaperoned youth events.

Pat and Jo Anne moved to Granite Shoals after retirement and became active members at First Baptist Church Marble Falls where he was active with the Barnabas Group, teaching English as a Second Language, the Christian Community Car Care team,  Bereavement Community and served with the Texas Baptist Men, a group that helps communities rebuild after tornadoes or hurricanes.

In retirement, Pat enjoyed playing pickle ball, working on his property,  building a cabin, and caring for his sheep. Pat had a tireless work ethic and never met a problem he wouldn’t try to fix.  We wouldn’t be surprised that even though Jesus has prepared a place for Pat in heaven, Pat is probably requesting a transfer to another place in heaven as he has always preferred a fixer-upper.

Pat was a wonderful husband, father, Papaw, brother, and friend. He enjoyed Rummikub, driving the boat for the grandkids, and fixing whatever was broken.

In lieu of flowers, consider a donation in his name to your local church, the Wounded Warrior project, or towards research to fight cancer, Alzheimer’s, or Parkinson’s. 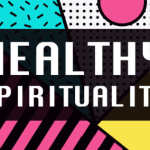 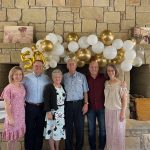 Celebration of Life for Pat BryantFamily