Matthew 2 – Are You Open Minded

Matthew was an eyewitness of Jesus writing his account of his experience with Jesus to help people discover that the Jesus is the promised Messiah.

Jesus fulfilled the prophecies about the Messiah which are mathematically improbable!

We have copies of the Hebrew Scriptures that pre-date the life of Jesus so these fulfilled prophecies were not written up after Jesus’ life. Many of these prophecies are things that happened to the Messiah not things He could control.

Are you an open-minded person or are you more closed-minded?

In Matthew 2, Matthew emphasizes that Jesus is the promised Messiah. Matthew was an eyewitness of Jesus writing his account of his experience with Jesus to help fellow Jews come to believe as he had.

3 of the ways Matthew does this includes the following:

1. In his Gospel, Matthew, one of the followers of Jesus, references 68 Old Testament passages.

2. Matthew also points out the parallels between Jesus and the people of Israel so that we may see that He was fulfilling what Israel was called to do but could not do so.

In chapter one he points out Jesus was born of a virgin and in chapter 2 he points out he was born in Bethlehem, survived an infanticide, came up out of Egypt, and was raised in Nazareth.

You should know we have copies of the Hebrew Scriptures that pre-date the life of Jesus so these fulfilled prophecies were not written up after Jesus’ life. And many of these prophecies are things that happened to the Messiah not things He could control.

Matthew also tells the story of the Magi, who were more than likely Persian. This reminds us of how the Jewish Messiah came to be a blessing to all nations.

Now the probability of any one person fulfilling the over 300 prophecies of the Messiah by chance is mathematically impossible!

A Westmont College professor and Mathematician Peter Stoner counted the probability of one person fulfilling even a small number of messianic prophecies. He determined that the chance of a single man fulfilling “just” 8 of the prophecies found in the Hebrew Scriptures would be one in 10 followed by 17 zeros!

In order to comprehend this staggering probability, Stoner illustrates:

God continually intervened and worked in the hearts of those involved in the life of Jesus to protect Him when He was young including giving dreams to Joseph and the Magi.

How can you apply this chapter to your life?

One chapter a day, five chapters a week.

I will be sharing insights and ideas on every chapter in the New Testament. 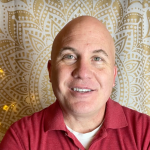 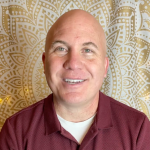 Matthew 3 – Who Do You Think God Is?Grow, New Testament